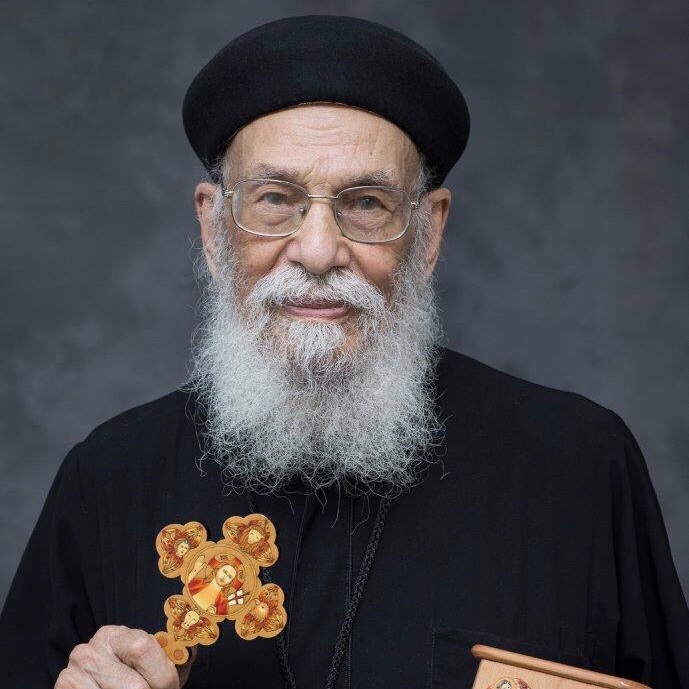 Memorial Day is a time when Americans remember those who have sacrificed their  lives through the active military service of country, family, and friends. I am truly grateful to all of the soldiers who have fought and died through their loving service and great sacrifice for this great country I am blessed to call home. There will be countless articles written and parades offered in honor of these great soldiers today; but on this Memorial Day, I want to remember a different type of “solider,” who sacrificed his life for the sake of others. This is a man who endured “hardship as a good soldier of Jesus Christ.” (2 Timothy 2:3) As a man that was laser focused on the kingdom of God, he did not “entangle himself with the affairs of this life, that he (might) please him who enlisted him as a soldier.” (2 Timothy 2:4) The Very Reverend Hegomen, Father Youhanna (Hanna) Guirgis was perhaps more than just a solider of Christ, with the impact he left on the lives of so many disciples, Father Hanna lived as a leader in the army of God. It has been said that “a life is not important except in the impact it has on other lives.” This man was a spiritual giant who impacted several generations over a 45 year period. I considered what it was that allowed him to impact so many people:

Fr. Hanna was person of exceedingly high character who remained entirely focused on the One who enlisted him for the service of the Church

I want to point to 5 personal experiences that have highlighted to me how this man’s character shines as an example:

Learn from – and imitate – him as a man of high character who ordered his life (and the church he served faithfully for 45 years) entirely around the person of Christ. On this memorial day, may – this great spiritual solider of Christ – Fr. Youhanna’s Memory be Eternal!