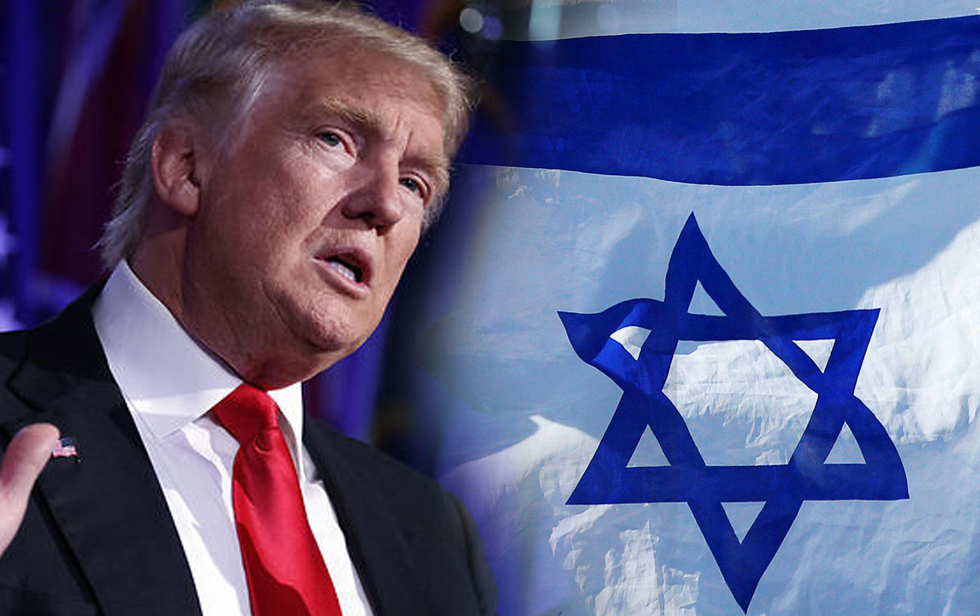 President Trump’s decision to recognize Jerusalem as the capital of Israel has been met with mixed reactions. This polarizing issue has left parties from the various sides quite impassioned, with many denouncing – and others celebrating – the move. Everyone seems to have an opinion on the matter, as the Holy Land is a city with a complex history and lots of baggage.

Whereas I am of the personal opinion that diplomatic negotiations for a two-state solution remains the best option, my position is not shaped by a blind allegiance to a specific political party. My viewpoint about the status of Israel – and by extension that of Jerusalem – is framed within a theological worldview that informs my geo-political inclinations. That said, the purpose of this article is not to convince or influence the reader about the merit of Trump’s recent decision; rather my objective is to offer a comparative view of the theologies that have shaped American foreign policy and how it is that they contrast with the an Christian perspective on Israel.

Over the past century, American politics has been profoundly dominated by an Evangelical, dispensationalist, Zionist brand of Christianity. According to Dr. Donald Wagner, Associate Professor of Religion and Middle Eastern Studies at North Park University in Chicago, “Christian Zionism is a movement…that understands the modern state of the country-region Israel as the fulfillment of Biblical prophecy and thus deserving of political, financial, and religious support.”[1] This belief that God has “forever promised the land of Israel to the Jews”[2] has had direct implications on American foreign policy. This reality is highlighted by a clear political alliance between the two nation states – shaped by a specific brand of theopolitics – that has resulted in a significant amount of aid being sent to Israel. For example, since 1978, the United State government has sent large sums of money to Israel, initially “as a reward for signing the [Camp David Peace] treaty, [receiving] $3 billion in aid, including $2.2 billion in credits over three years and $800 billion in grants to finance the removal of Israeli airfields in the Sinai desert….In addition…[to] $1.8 billion in annual military and economic aid.”[3] What is clear, is that an early 19th century version of Christian theology has deeply impacted America’s foreign policy to the tune of nearly $1 Trillion!

For historians familiar with early Christian literature, they will immediately realize that this worldview is a clear break from an early Christian perspective of Israel. By the middle of the second century, the “doctrine of supersessionism”[4] – which suggests that Christianity is the fulfillment of biblical Judaism – was the clear Christian understanding.  Justin Martyr (c. 100-165 CE) explicitly identified the church as Israel, as he declared that “the true spiritual Israel…are we who have been led to God through this crucified Christ.”[5]  Additionally, Origen (c. 185-254 CE), one of the most influential theologians in the early church, taught that “the church was the new Israel.”[6] Thus, with an early Christian interpretation of the Biblical narrative, the Orthodox Church’s view on Israel and Jerusalem is not what we find dominating popular Western Contemporary Christian literature, and by extension American geopolitics.

Fighting for a Holy Land

I realize that the international community has had its hands full in attempting to negotiate a peaceful resolution to an age old conflict (which may never be resolved on this side of eternity). Unfortunately, with Trump’s recent decision, I believe that the likelihood of finding an amenable solution for both parties will only be delayed. That said, whereas many people are deeply concerned with fighting over a specific piece of land, I believe the early Christian notion of God – as revealed in the person of Jesus Christ – can inform us on what it is we should be fighting for. Christ, the Lord, was not One who concerned Himself with occupying a specific piece of land (as is the case in Judaism, Islam, and some modern Christian groups). Rather He was far more intent with occupying a priceless “piece of real estate”, that is the human soul. That is why “God so loved the world that He gave His only begotten Son, that whoever believes in Him should not perish but have everlasting life.” [7] And it is for that reason I am personally convicted that Christians should invest themselves into the work that Christ spent His life for, while at the same time praying for – and encouraging – their civic leader to find a solution that is amenable to all parties.

[2] A Lutheran Response to the Left Behind Series, 14.