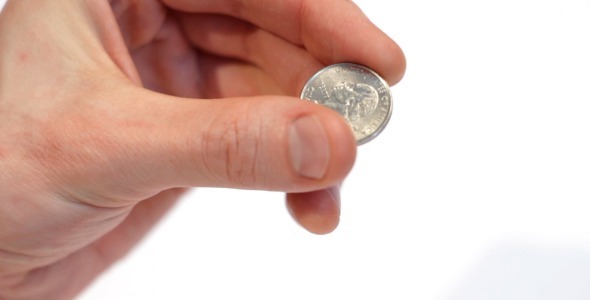 Earlier this week, my four year old found – what he described as – a “big shiny penny.” He carried it around with him everywhere he went. It was not until we were alone together in the car a couple of days later that I finally saw his prized possession. It was so exciting to watch his face light up as I explained to him that what he had “was not a giant penny but was actually worth 25 pennies.” He was beyond excited at the prospects of what I shared. You guessed it, he found a quarter; and for a child of his age, this was a treasure! For a better part of the rest of our car ride home, we discussed all of the exciting things he could do with this single coin. That said, the list ended up being pretty short: buy gum or some candy, play an arcade game of Galaxian or Pac Man, get a bouncy ball from the dollar store, and a few more things. Now, to most of us that’s a pretty unimpressive list but, to a 4 year old this was electrifying!

A couple of days passed since he made mention of his new found treasure, until this morning on our short commute home from dropping off the twins at school. He somehow remembered that he dropped his quarter in my car during our last conversation a few days prior. Having found his quarter the day before, I reached back and placed it right in the center of his hand.

What happened next almost put me on the floor! With his nice shiny 25 cent piece in hand, he said, “Daddy, I know it’s the only money I have but I think I want to give it to the poor people so they can have something to eat this Easter.” Now I get it, a quarter ain’t gonna’ buy much.  It might possibly be enough to purchase a single egg, maybe a couple of pieces of bacon, or a sliver of turkey.  But it hit me; this was all that he had.

Living with open hands is about giving generously – to those in need – of the precious resources that you are stewarding. The beautiful thing is that Jesus Christ generously gave His “quarter” for you, so that you might have Life. The truth is, your time, wisdom, network, financial help, listening ears, spiritual guidance, friendship, and so much more are quarters that you have been entrusted with for the sake of others who are poor spiritually and emotionally, in knowledge and in love, in friendship and in access.

What would happen if more of us approached life with open hands?

The Results Would Be Astounding!