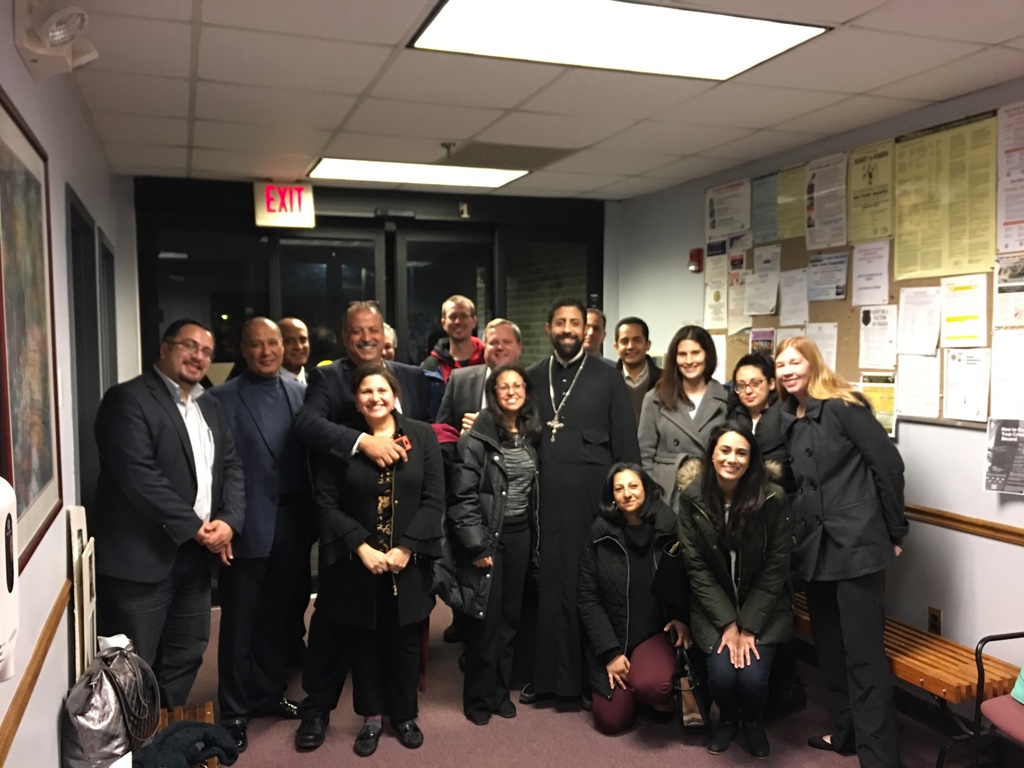 Last night was an incredible evening by all accounts, but not for the reasons you might expect. St. Anianus Church presented an application to the Monroe Township Planning Board, seeking approval to use the property as a Church in order to begin the process of moving in. People were so inspired by the application, as well as the heartfelt words of support from meeting attendees (during the public hearing portion), that several board members and attendees were moved to tears. As the Mayor emphatically cast the final vote – in what would be a UNANIMOUS decision approving our application – the meeting erupted with cheers, smiles, applause, and congratulations! Several of the board members expressed a sincere interest in coming to visit the Church once we have our official opening later this year. Others admitted that they were unfamiliar with the Coptic Church prior to coming across our application, but that they used it as an opportunity to read up and learn. One of the lawyers in attendance – who has been in a number of other similar meetings – confessed that he had “never seen anything like this before.” Another person indicated that she could “feel the Holy Spirit’s presence in the room during the meeting.” My three biggest take-aways from this process:

20 Now to Him who is able to do exceedingly abundantly above all that we ask or think, according to the power that works in us, 21 to Him be glory in the church by Christ Jesus to all generations, forever and ever. Amen.